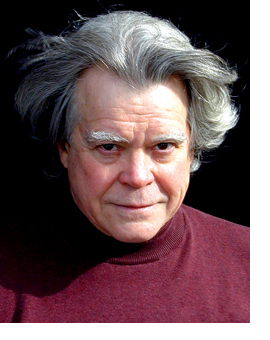 Born in Hanover, New Hampshire, and now a dual citizen of Canada and the United States with Native heritage of both countries, Robert Greenwood, Bob, attended Hanover High School, graduated with Honors and won the First Ina A. Bolser Scholarship for four years at Dartmouth College where he studied Art History, Painting and Sculpture under Paul Sample, Richard Wagner, Winslow Eaves, Churchill Lathrop, Hugh Morrison, Lloyd G. McNeill, Robert Rauschenberg, Rosarti, David Porter, Thomas Huxley-Jones and Gwynneth Holt. He received the Alberta Ames Award for Art History, the Marcus Heiman Award for Theatre Arts and, as a Rufus Choate Scholar for three of the four years at Dartmouth, graduated with Highest Honors in the Major and a BA cum laude in 1963.

Bob’s first one-man exhibition was at the Rogues Gallery in Hanover in 1966, having been in collected exhibitions during his years at Dartmouth. Most recently in May, 2015, he had a one-man exhibition at the Galerie Ame-Art du Mile End, Parc Avenue, Montreal, Quebec.

He is current preparing for another one-man exhibition for February-March, 2016, at the Sheep River Library in Turner Valley, Alberta.

Bob has taught visual arts in 20 countries, teaching Rhythm, Vector, Portrait, Pathway drawings, connecting them with theatrical and literary arts as he also holds an MFA in Acting, Directing and Design from the Yale University School of Drama where he received Full-Tuition Scholarships for three years, graduating in 1967 with High Honors. He is also the Artistic and Managing Director of Sun.Ergos, A Company of Theatre and Dance, a position he has held since 1977.

It is my hope that we may share ideas, techniques, concepts that enlarge and enhance our lives in the arts, visual and theatrical.

During my lifetime, I have found that the arts give us so much more perspective, so much more joy, conviction and commitment to everything that is human, that is compassionate and empathetic.

Without the arts we are truly naked.

So, welcome to a site of colour, imagination, ideas, experience, commitment and conviction.

Enjoy! and if you find something that intrigues you, please contact me.